Oh man, I still can’t believe that the legendary Afrobeat drummer Tony Allen passed away… It was only six weeks ago when I saw him playing drums for the tribute to Hugh Masekela concert at the Church of Sound. He was really fit and well so that I was totally speechless when I heard the news…

It was maybe around 2002 when I saw his gig for the first time at the Stratford Circus. It was organised by Strut Records that they had just released Nigeria 70 compilation compiled by Duncan Brooker who was actually DJing on the same night. I just discovered Afrobeat around that time, and it was great and inspiring for me to see the man who actually invented the Afrobeat playing the drums for the first time. Since that I can’t remember how many times I saw him playing drums. When I went to see Dele Sosimi‘s gig for the first time in a shabby community hall in Peckham in 2003, Tony was there as well for the guest to play a couple of Fela’s number. A several years later, I was lucky enough to be a tour DJ for the Saluting the Black President – Ginger Baker and Tony Allen reunion concert in Paris and London in 2013. He also came to the Afrobeat Vibration’s 5th anniversary to play a few songs with the Dele sosimi Afrobeat Orchestra at The New Empowering Church. 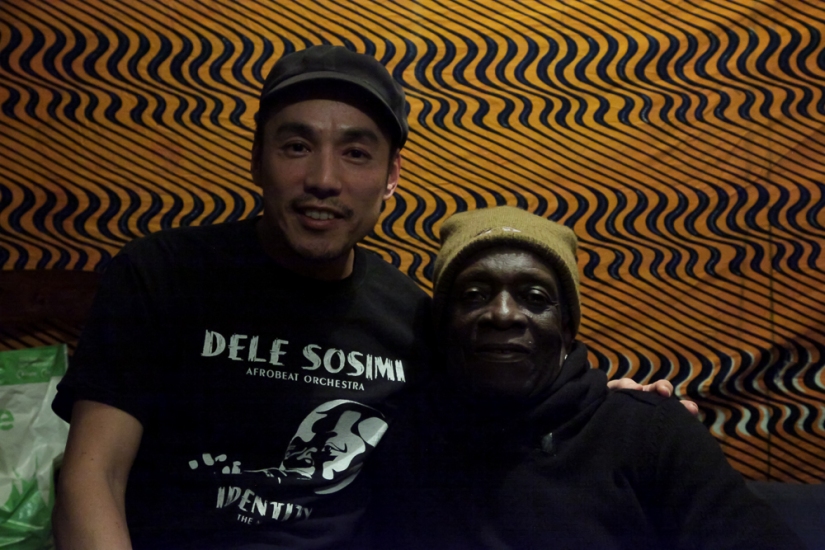 As soon as he plays the drums, you feel the Afrobeat groove straight away. It sounds like talking or singing, and is so unique and original that there’s no Afrobeat without Tony Allen according to Fela Kuti. I always loved and enjoyed to watch him play.

He was always nice and gentle to everyone too. If you ask to take a photo with him, he always says yes. He was loved by everyone and is going to be missed so much…

Rest in power Dr Tony Allen, you are gone but your spirit will stay with us forever.